Linda Should Be Happy 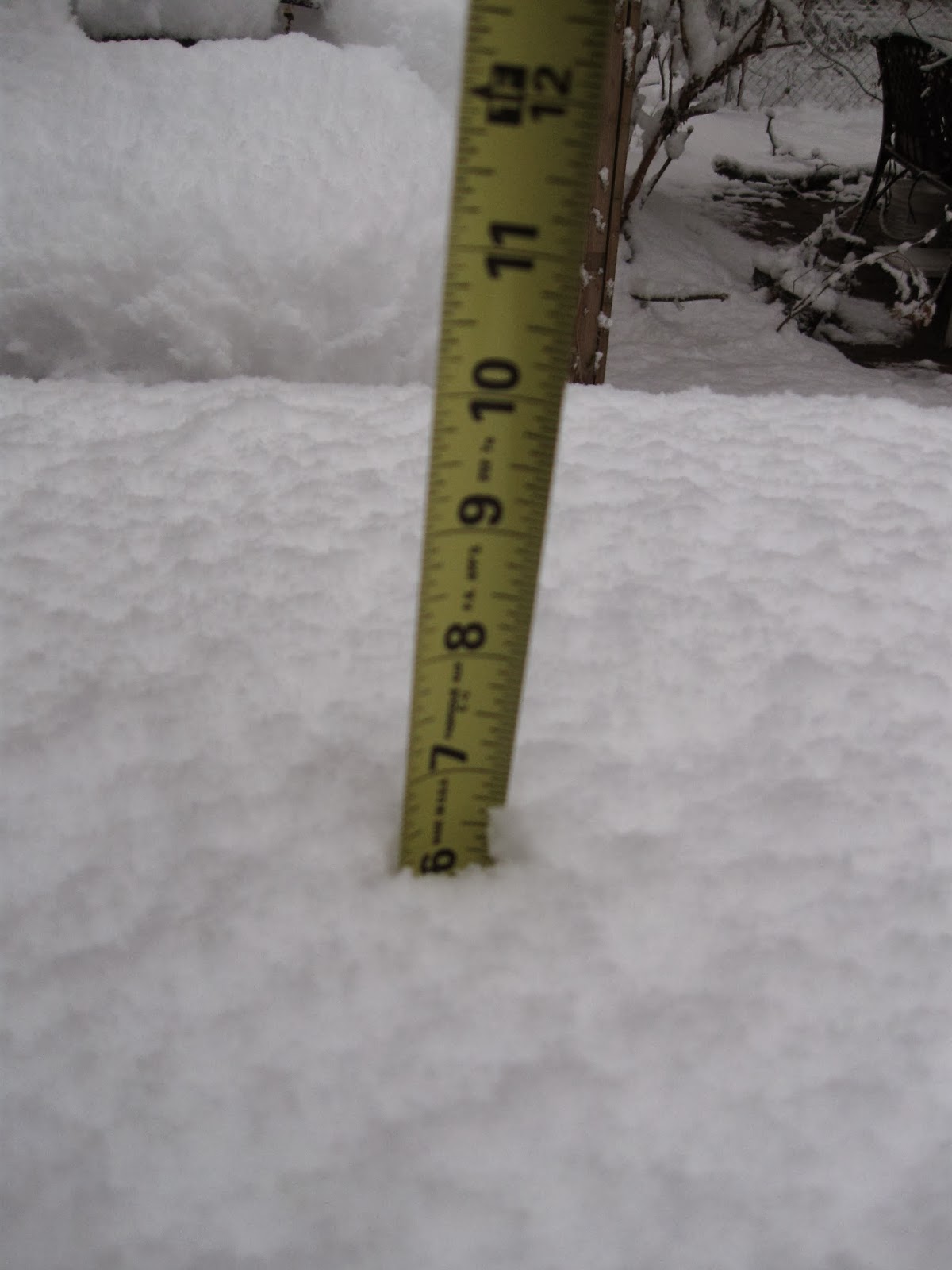 Linda B. is always bemoaning the fact that we don't get a lot of snow....WE are always telling her to hush!  She grew up north of here, and misses that white stuff during the winter.  Southerners put up with occasional
snows because we know they usually don't last too long.
We had a good warning of this particular storm front that would be sweeping up from the Gulf of Mexico.  This time, Atlanta took note, and prepared for the storm.  We were ready here, too.
I got all of my running done early yesterday morning, and by 1:30 p.m. it started to snow.....that little, bitty hard style of snow.  By later in the afternoon, we were seeing those beautiful goose down flakes. 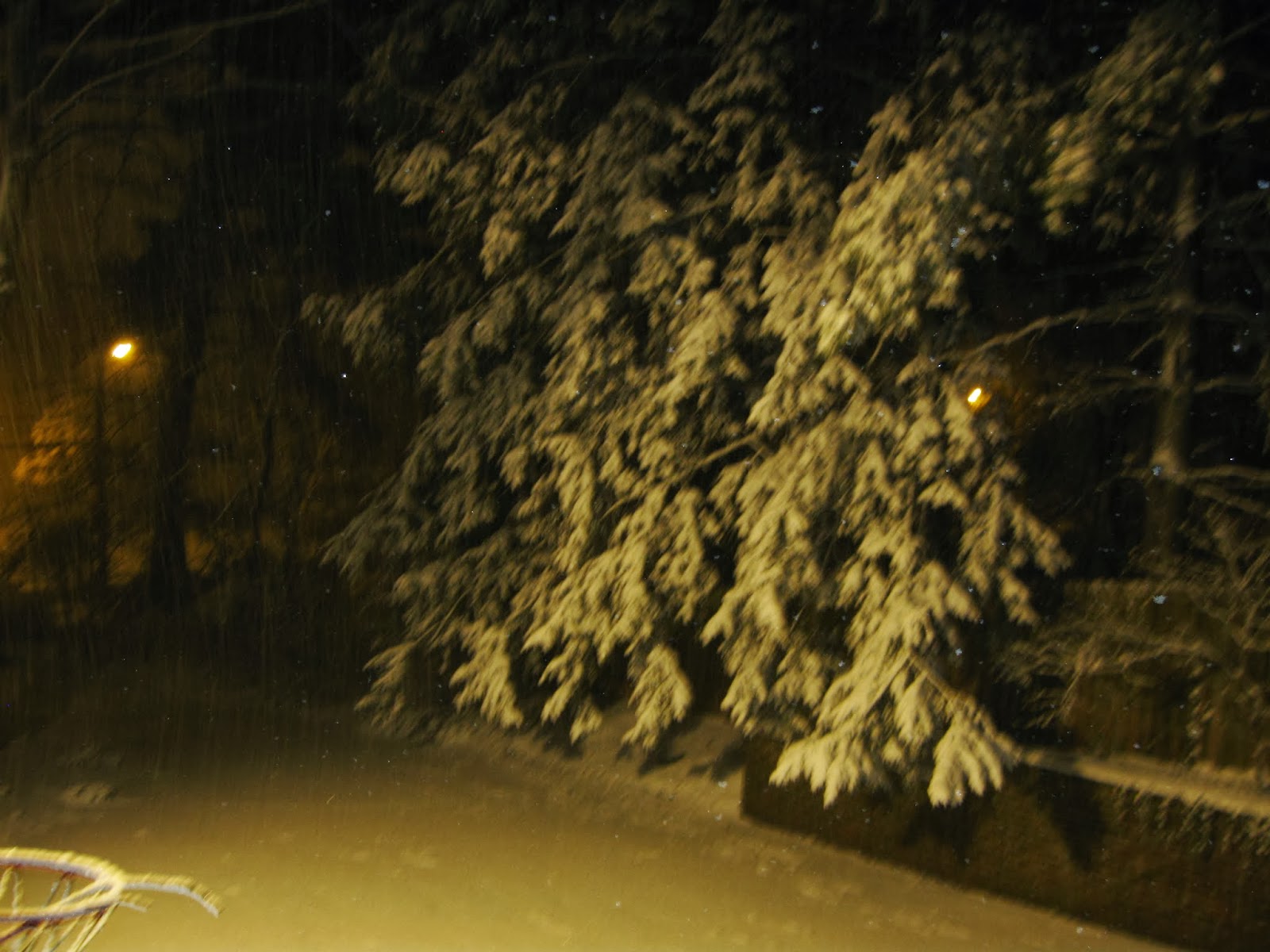 We had over three inches by the time I went to bed, and the trees were coated in frosty white. 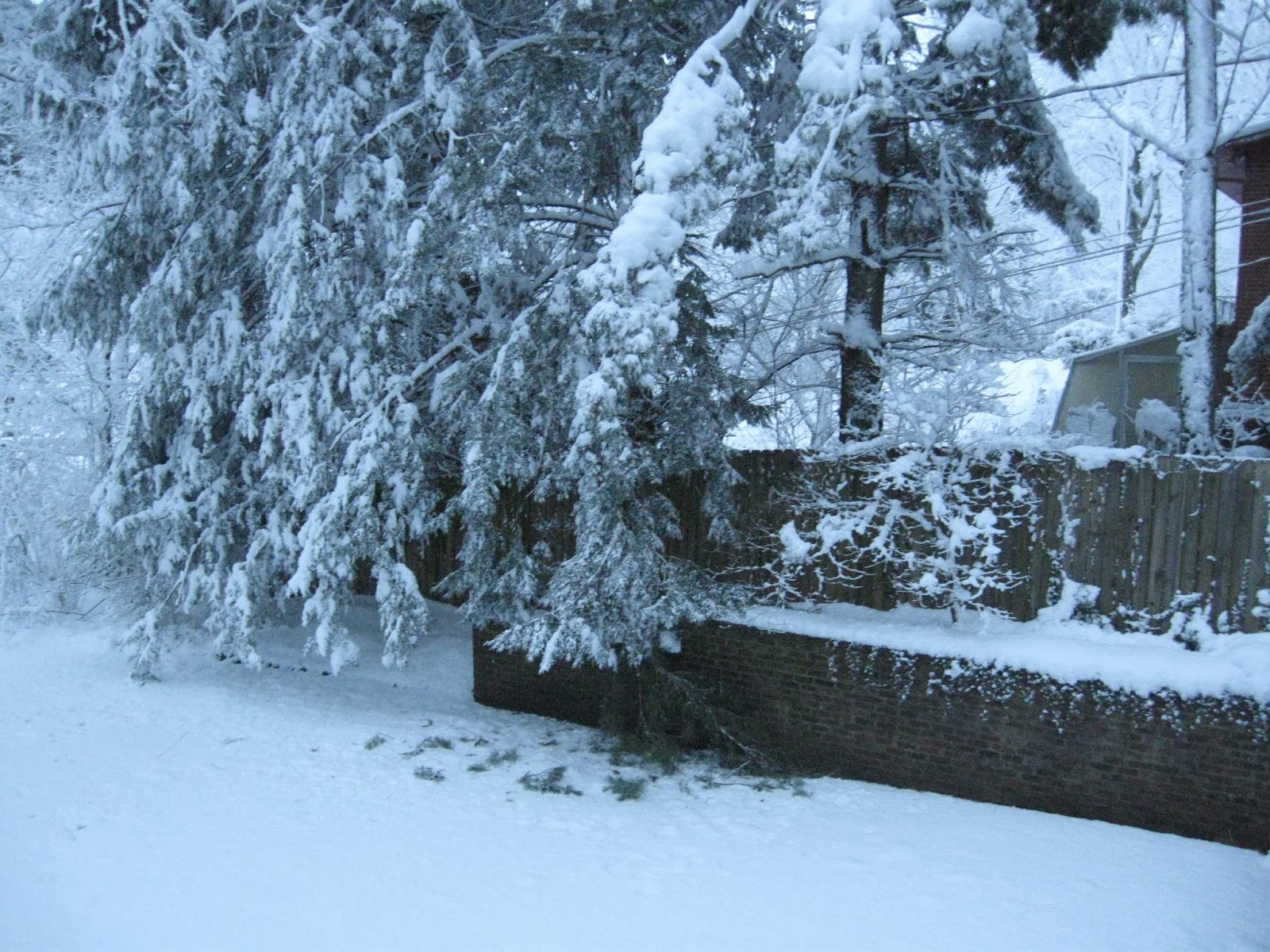 I woke up to a winter wonderland!

I'm a little concerned that branches will start to break (like this one) and take out some power lines....that's one reason I'm getting this blog on early! 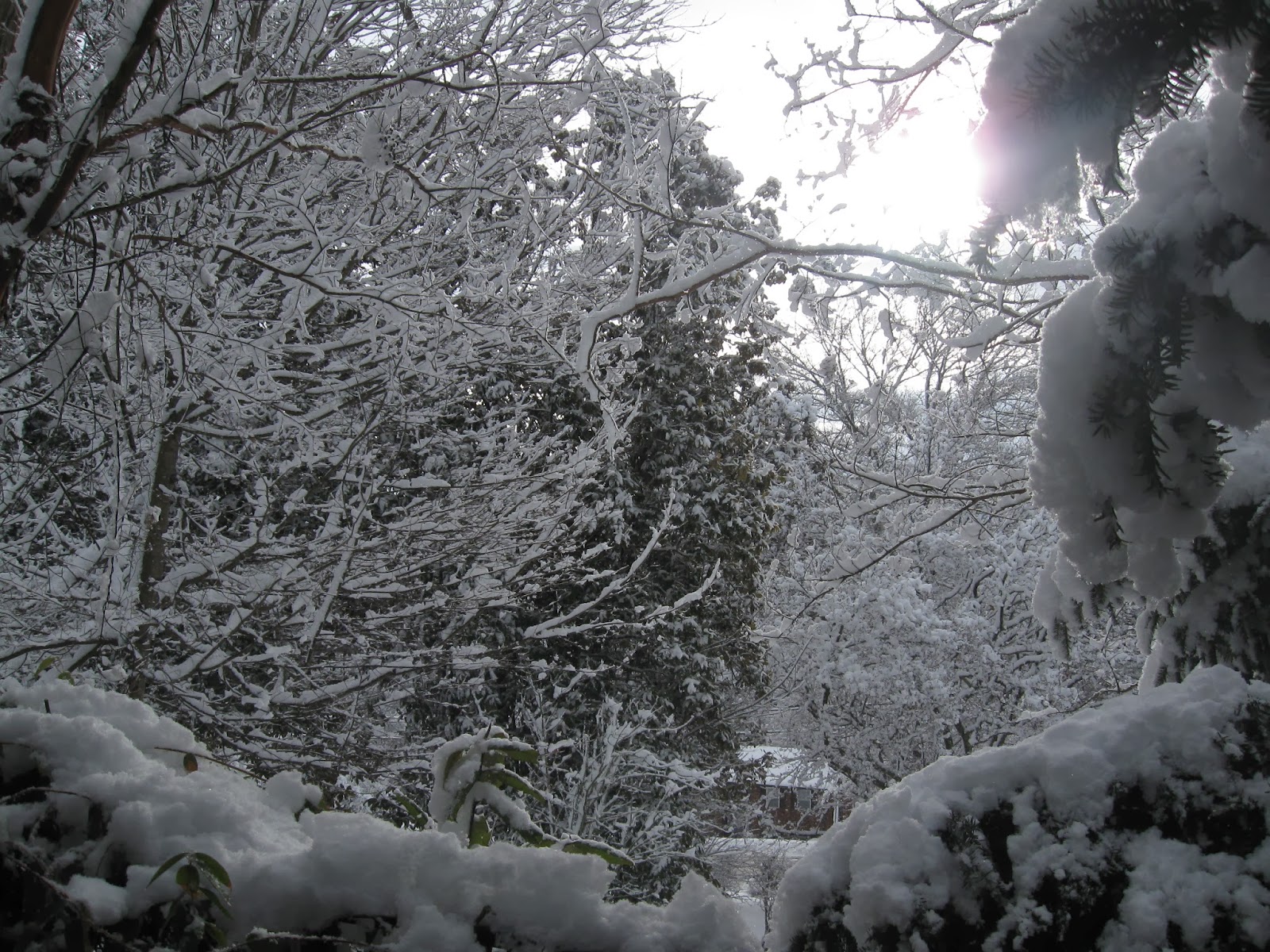 The sun has come out....it changes the whole view! 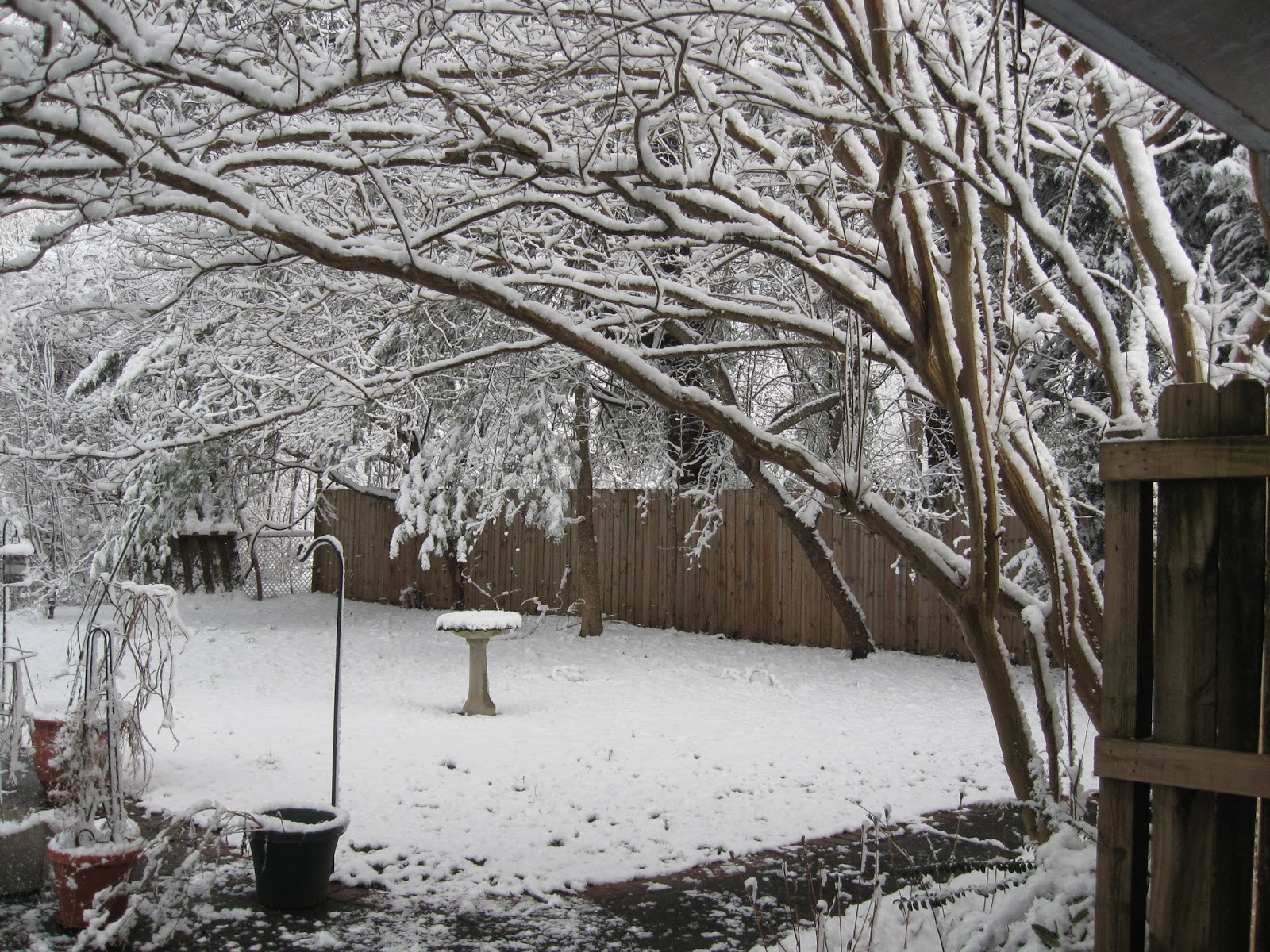 This is the kind of snow for sledding and snowball fights! 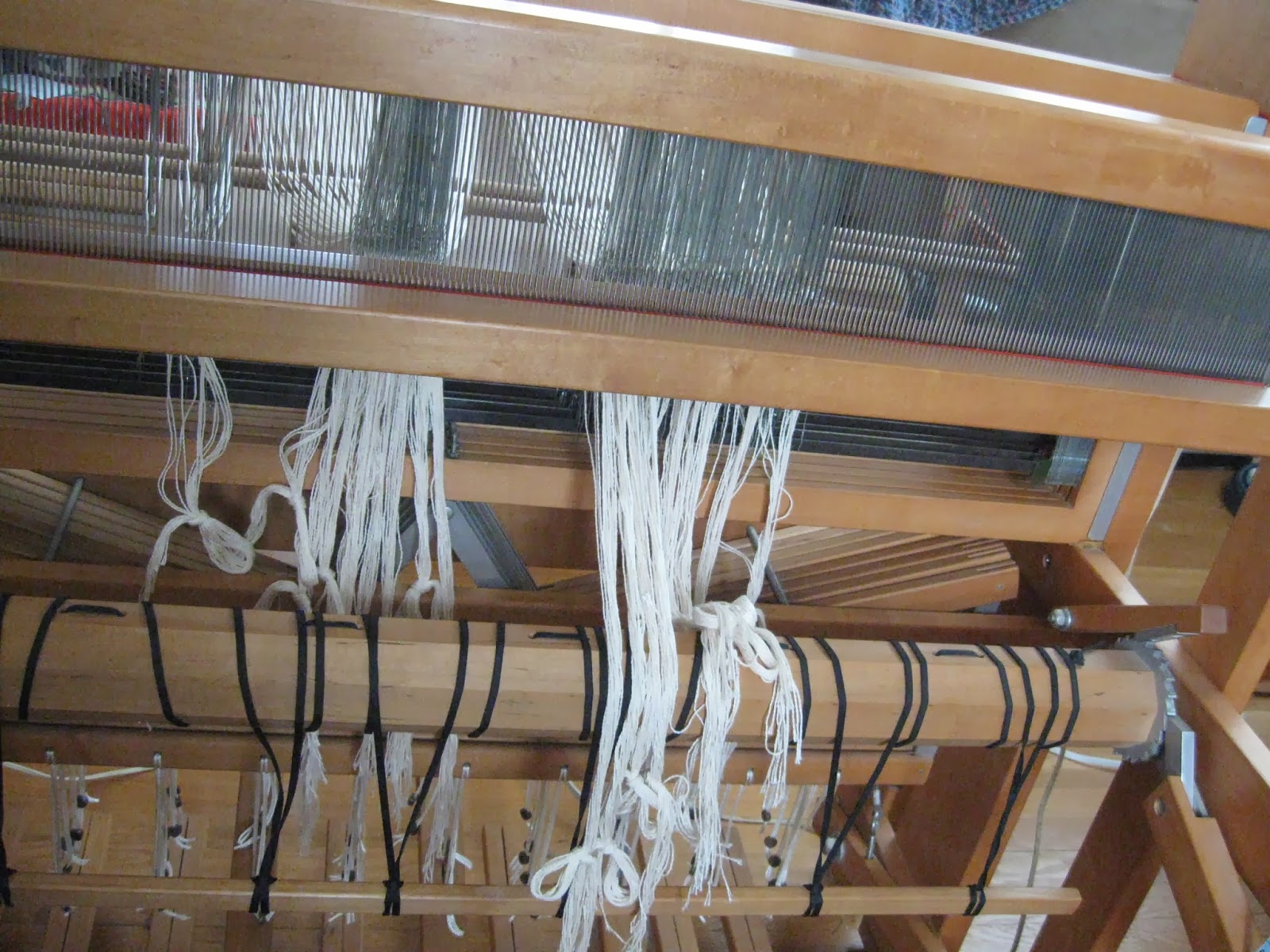 But, I'll be inside sleying the reed....and maybe getting started on that towel warp.

Posted by Tuesday Weavers at 9:32 AM

I PERSONALLY KNOW ... (for a fact) that Linda was doing a ritualistic Snow Dance yesterday to bring it all down from the Winter Gods in the Sky!

It is very pretty when you don't have to get out in it.

I throughly enjoyed the day! Warm drinks in front of the woodstove, and a spinning wheel humming, are the sweetest part of snow days for me!