One minute you're wearing sweaters and wondering when Spring will actually show herself, and the next thing you know, it's the last day of April!  The temps have finally warmed, and we're busy (as usual) in the Studio.  Although we were missing more than a half-dozen weavers today, we had plenty to keep us busy. 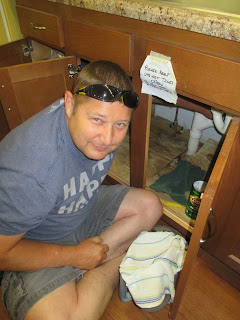 Dickie tackled the drain in the kitchen sink (which has nothing to do with weaving, but is in use by the weavers!)  He found that one of the joints had not been glued, which was causing the leak. 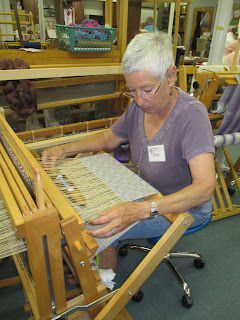 Peggy is Inkle weaving at home, but hard at work in the Studio on her huck project. 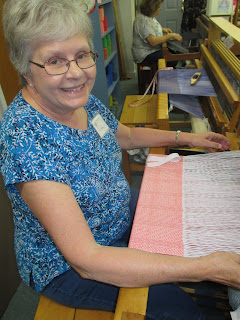 Linda keeps knocking out towels in the Studio and at home.  (She told me her challenge towels are off the loom and waiting to be hemmed.......I'm jealous!) 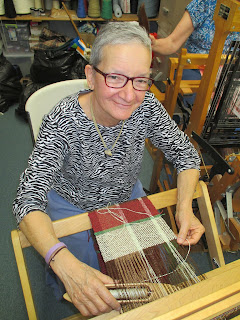 This scarf is a showstopper!  I just love the use of color on this project.  (Hello to Katja!) 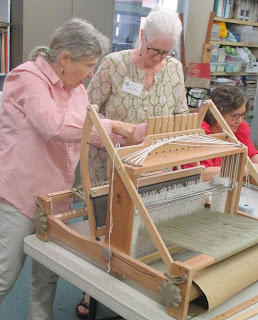 Pat took over Carol's duties and helped Laura with her first warp.  It's threaded and through the reed....time to tie on the bar. 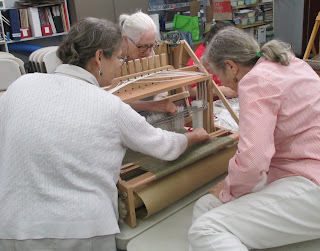 Uh-oh!  There's a problem!!!!  (Yes, Pat is ON the table!)  Laura is learning a an important lesson:  check the threading.  There was a small mistake, which will require re-threading a small portion. 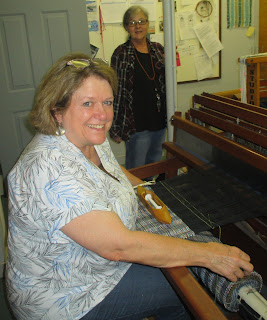 Look at that roll of placemats on Marilyn's loom!  Wow!  I'm glad Mary took a moment to catch up with Marilyn this afternoon. 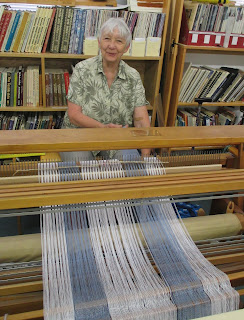 Jocelyn's warp is looking better and better...maybe she'll be weaving next week. 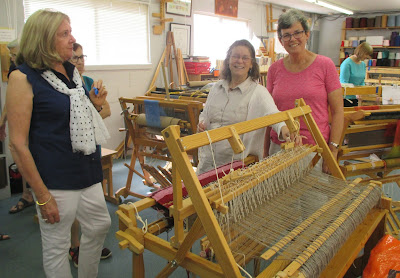 A big thank you to Patty Cook.  She donated this loom to the Tuesday Weavers.  It's a Swedish design loom that attaches to a table.  It also has a piece that can attach to the back to make it stand alone.

Now, for a quick glimpse at some of our warps: 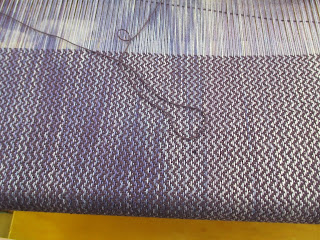 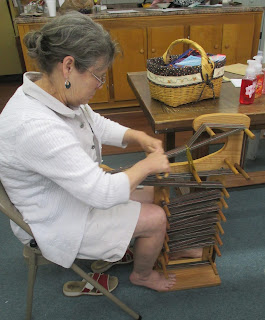 Tina weaving on her band loom. 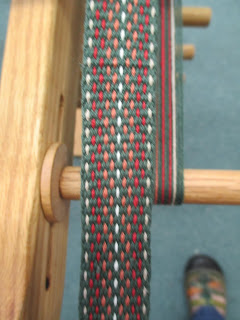 A close up of the band in progress. 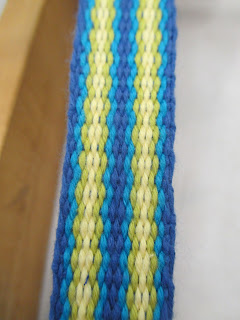 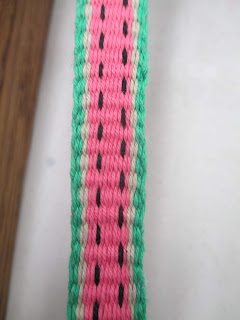 My watermelon band....Pearl has already requested one of the key rings!!!!  This is such a fun pattern!


Posted by Tuesday Weavers at 9:00 PM